Sunday is Hollywood’s biggest night show – THE OSCARS! On Sunday, April 25, the famous awards show will reveal “out of reach” films of the season. The 2021 Oscar Awards ceremony will honor and recognize some of today’s most successful and impactful movies.

Before the D-day, here is the list of our top 10 Oscar-Nominated Movies in 2021.

Soul is a 2020 American  computer-animated   fantasy   comedy-drama  film produced by  Pixar Animation Studios  and released by  Walt Disney Pictures . Directed by  Pete Docter  and co-directed by  Kemp Powers , the film stars the voices of  Jamie Foxx ,  Tina Fey ,  Graham Norton ,  Rachel House ,  Alice Braga ,  Richard Ayoade ,  Phylicia Rashad ,  Donnell Rawlings ,  Questlove , and  Angela Bassett . The story follows a middle school music teacher named Joe Gardner, who seeks to reunite his soul and his body after they are accidentally separated, just before his big break as a jazz musician. Soul is the first Pixar film to feature an African-American protagonist.

Mank is a 2020 American  biographical drama  film about screenwriter  Herman J. Mankiewicz  and his  development of the screenplay  for  Citizen Kane  (1941). Directed by  David Fincher , based on a screenplay by his late father  Jack Fincher , the film was produced by  Ceán Chaffin ,  Douglas Urbanski , and  Eric Roth .

Opera is a 2020 South Korean/American animated short film by Erick Oh, who worked on the award-winning Pig: The Dam Keeper Poems

Collective is a 2019 Romanian documentary film directed, written, produced and edited by  Alexander Nanau. The film revolves around a group of investigative journalists at a Romanian newspaper in their arduous journey of uncovering public healthcare fraud, corruption and maladministration. 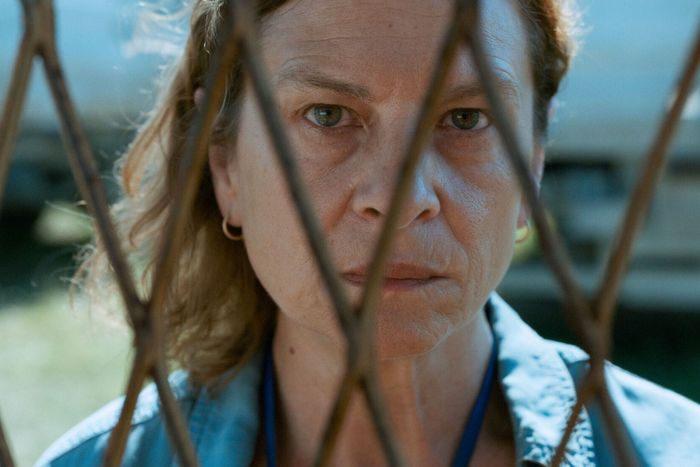 Quo Vadis, Aida? (lit.  Where are you going , Aida?) is a 2020 Bosnian  war drama film  written, produced and directed by  Jasmila Žbanić . An international co-production of twelve production companies, the film was shown in the main competition section of the  77th Venice International Film Festival.It was nominated for  Best International Feature Film  at the  93rd Academy Awards.

Nomadland is a 2020 American  drama film  written, edited, produced, and directed by  Chloé Zhao . It stars  Frances McDormand  as a woman who leaves her hometown of  Empire, Nevada , after her husband dies and the sole industry closes down, to be “houseless” and travel around the United States. It also features  David Strathairn  in a supporting role, as well as real-life  nomads  Linda May, Swankie, and  Bob Wells  as fictionalized versions of themselves. The film is based on the 2017 non-fiction book  Nomadland: Surviving America in the Twenty-First Century  by  Jessica Bruder .

2.Judas and the Black Messiah

Judas and the Black Messiah is a 2021 American  biographical   drama  film about the betrayal of  Fred Hampton  (played by  Daniel Kaluuya ), chairman of the Illinois chapter of the  Black Panther Party  in late-1960s  Chicago , at the hands of  William O’Neal  (played by  Lakeith Stanfield ), an FBI informant.

Minari is a 2020 American drama  film written and directed by  Lee Isaac Chung . It stars  Steven Yeun ,  Han Ye-ri , Alan Kim, Noel Kate Cho,  Youn Yuh-jung , and  Will Patton . A semi-autobiographical take on Chung’s upbringing, the plot follows a family of South Korean immigrants who try to make it in the rural United States during the 1980s.

Special credit to vulture and wikipedia as they are the main source of this article.

Join the poll: Whose side are you on?

‘Sometimes I think I’m dying’ Kendall Jenner opens up about her anxiety.

Pastor Adeboye’s son, Dare is dead | Buhari And Others React!

PHOTOS OF SELENA WILLIAMS AND HER DAUGHTER OLYMPIA YOU CAN’T AFFORD TO MISS!

Bill and Melinda Gates announce they are getting divorced

Jennifer Aniston: you won’t believe she is 52.

The Big Picture: Check Which Artist Top The List

Top 10 most dressed celebrities at oscars 2021.

Top 10 most dressed celebrities at oscars 2021. Oscars out runs grammy! No damn award in the world can compete with Oscars, we are definitely not exaggerating! Covid-19 has change the world. Due to ongoing Read more…

TODAY’S TOP TENS FROM KARDASHIAN: “I’m kind of shocked I’m getting a fashion award when I’m naked most of the time.”

TODAY’S TOP TENS FROM KARDASHIAN: “I’m kind of shocked I’m getting a fashion award when I’m naked most of the time” Kim Kardashian is a legend in the fashion world, i must admit. With a Read more…

TOP 10 RICHEST FASHION BRANDS IN THE WORLD I don’t design clothes. I design dreams.” —Ralph Lauren Gucci and Versace is top notch but they are not World’s richest fashion brand. It’s amazing to see Read more…